This is another blog post about the basic tactical patterns everybody must know. Today we are going to study the Discovered Attack. This attack is another way of forcing your opponent to deal with 2 different threats at the same time. I have already explained why this is so efficient in my blog post about double threat.

So, let's start with the definition: a discovered attack is an attack revealed when one piece moves out of the way of another, discovering this second pieces' attacking potential. This is a very poweful tactic.
This post is inspired from the corresponding Chess Trainer lesson. 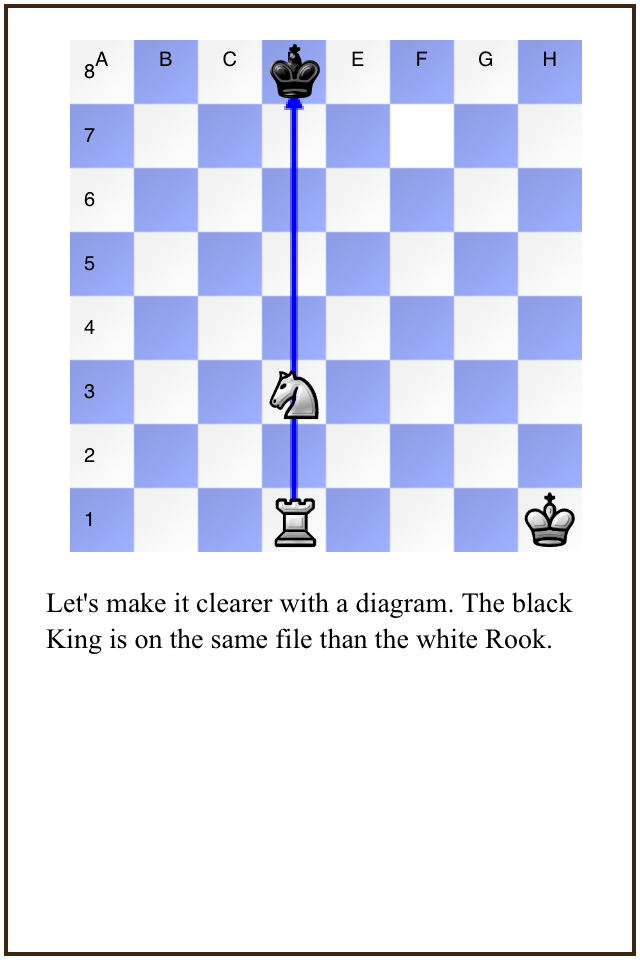 Now if the Knight moves, the attacking range of the Rook is discovered: 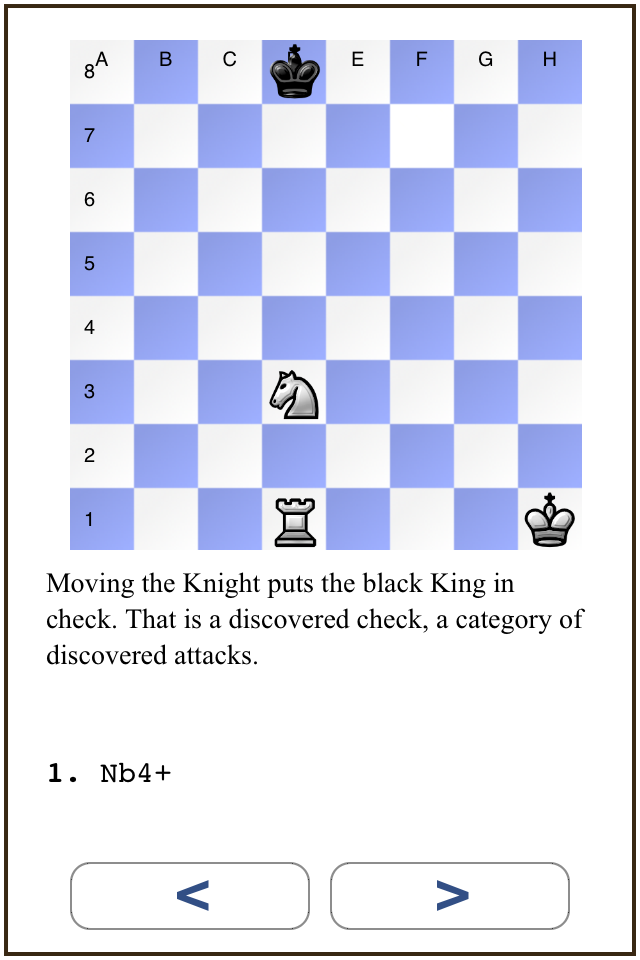 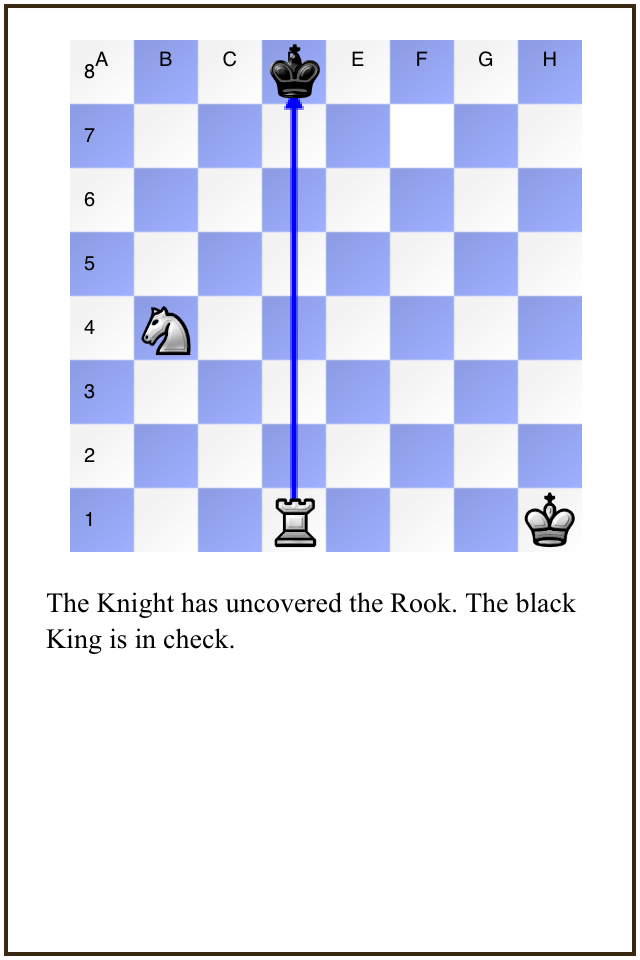 In this case, the black King can easily move to get away from the check. So this particular discovered attack does not look that dangerous for sure !
Now imagine if the moving piece also creates a threat, wouldn't it change radically the position's evaluation ? 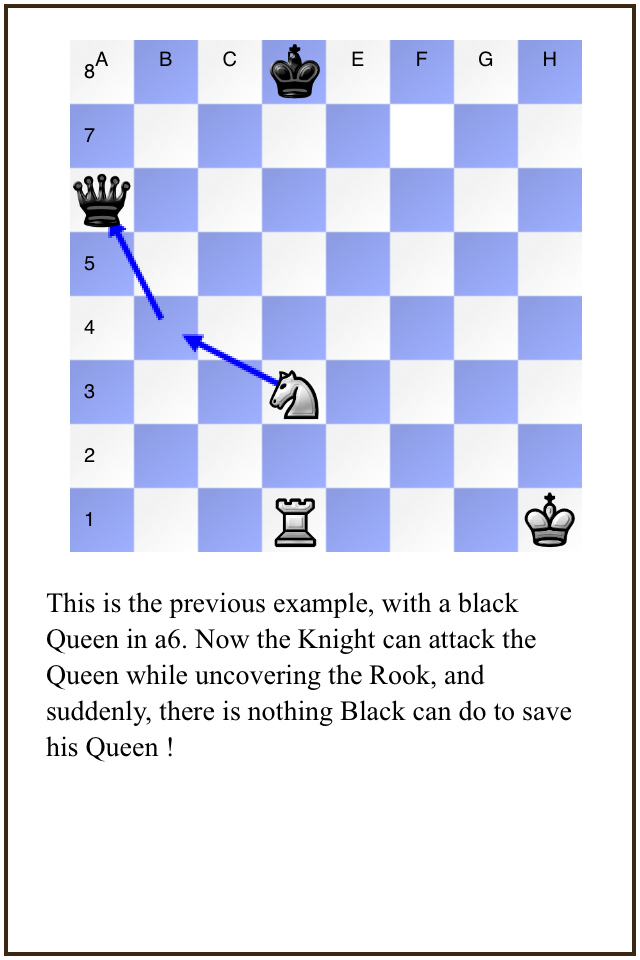 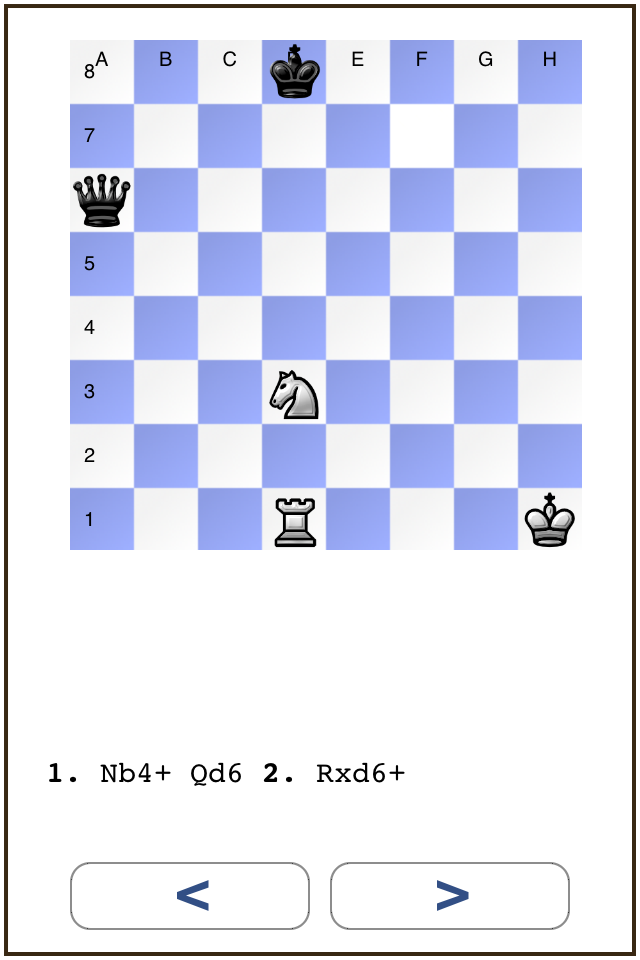 
As usual, it is your turn to think now ! Look at the following position and try to find the winning move. Don't jump to the solution too fast or you won't learn anything ! 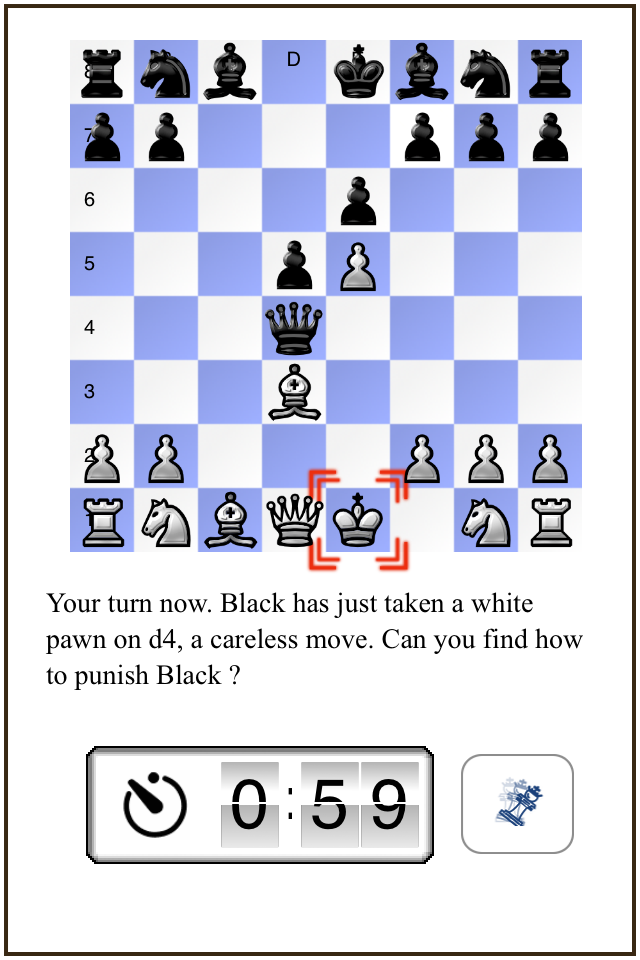 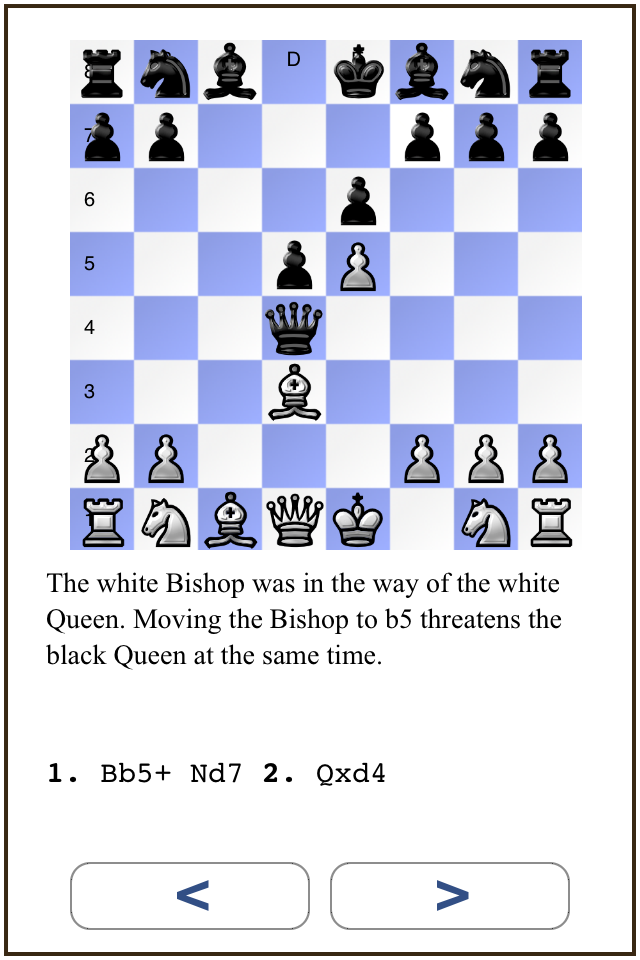 1. Bb5+
The range of the d1-Queen has suddenly increased with that Bishop move !
1... Nd7
The check has to be dealt with first
2. Qxd4
And now White is a full Queen ahead !


Another example, fin the correct move: 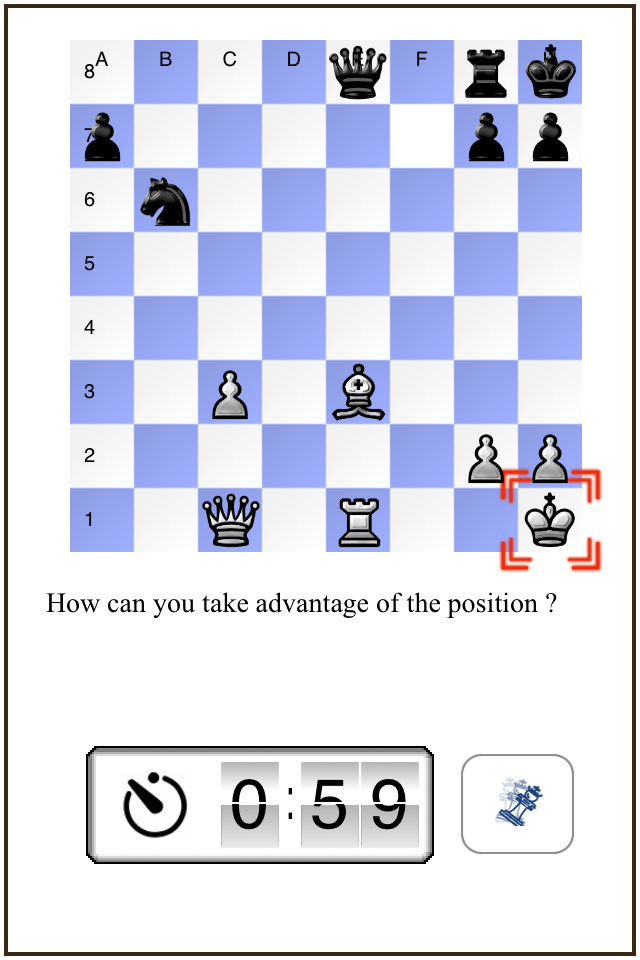 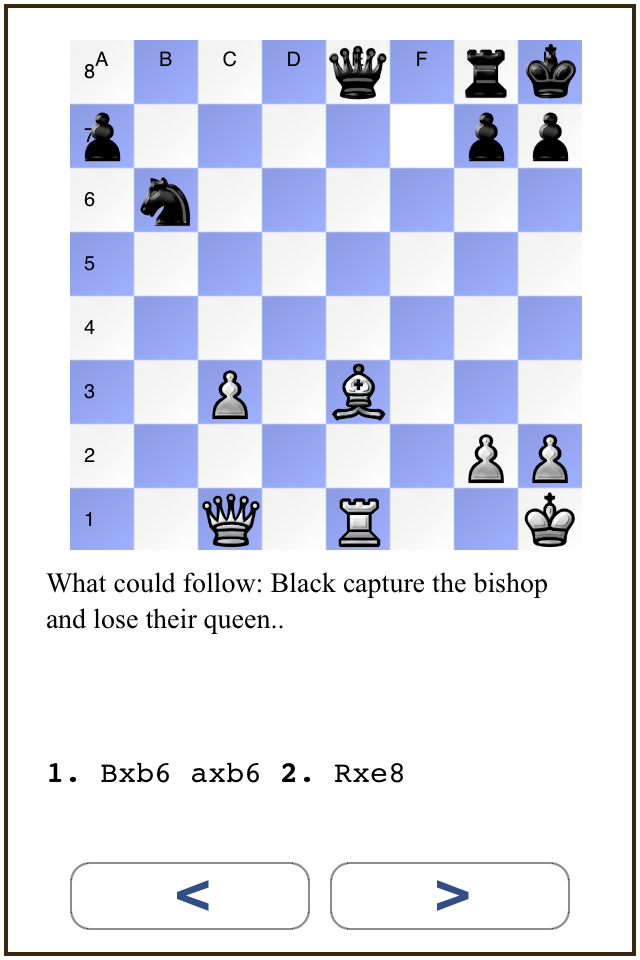 1. Bxb6
Simple but powerful ! The Queen is attacked and Black has no time to save the Knight as well.
1... axb6
Other possibilities are losing as well: 1... Qxe1+ 2. Qxe1 and White has a huge material advantage, whereas moving the Queen away simply loses the Knight
2. Rxe8
White has captured the Queen at the price of a Rook.

Finally, our last example shows that not only Rooks are involved in discovered attacks: 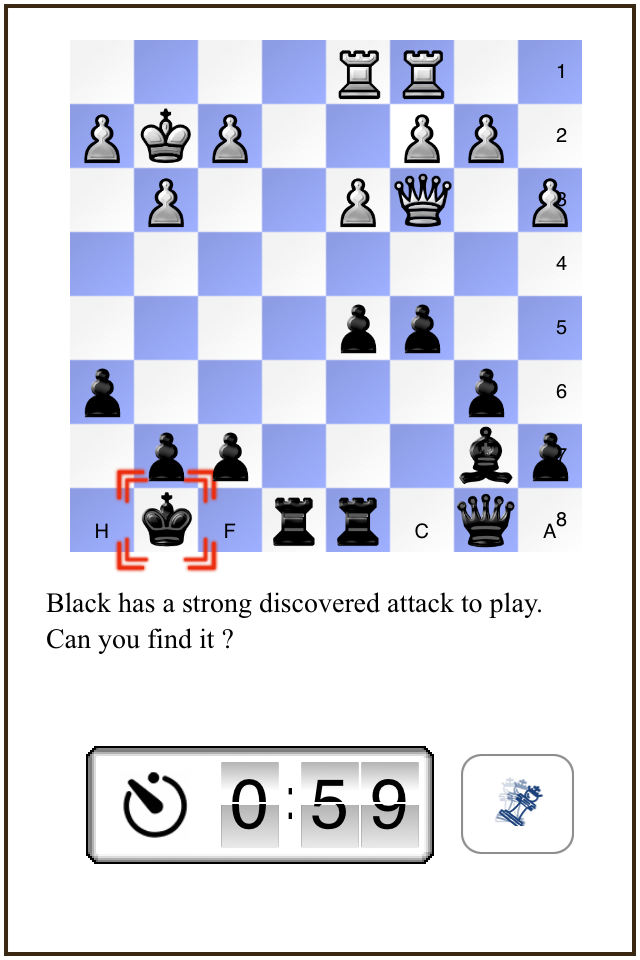 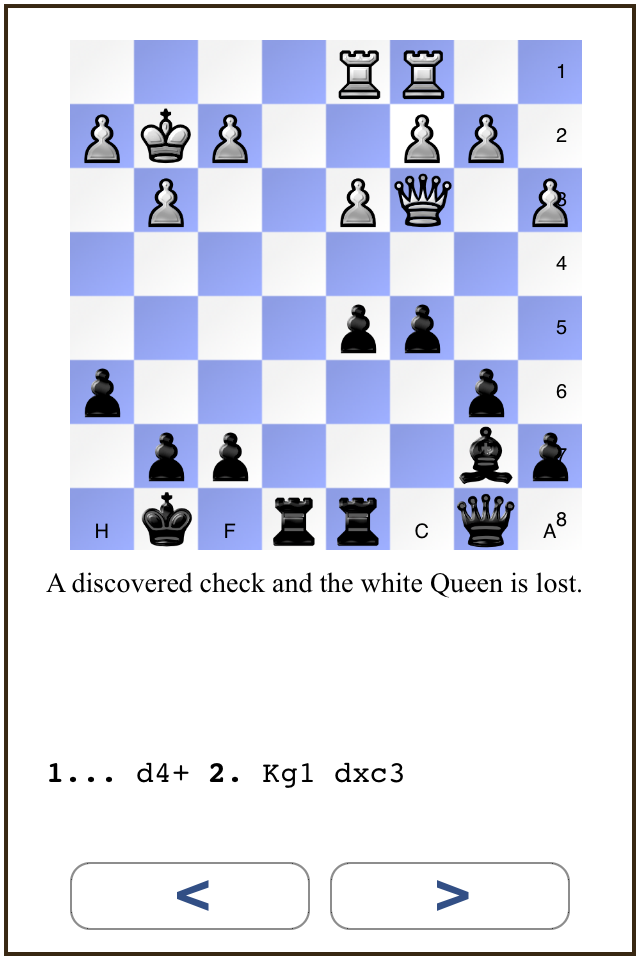 Discovered attacks are very common on diagonals as well. That is why the fianchetto is usually a powerful way to develop the Bishops.


If you want to be notified about my latest blog posts, please fill in the form below. No spam ever, I promise. We also include news about the Chess Trainer application, which is probably the app you need if you want to improve your chess. 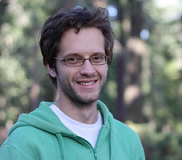